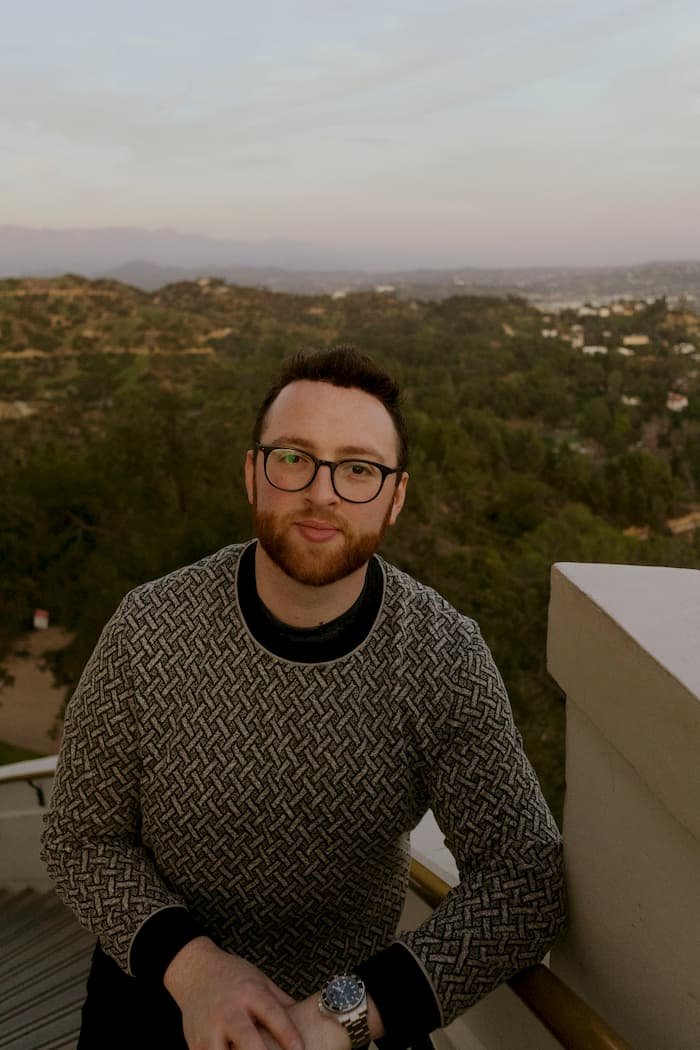 “ONE OF THE EMERGING MUSIC STARS OF REFORM JUDAISM.”

Josh Goldberg is a Los Angeles-based singer/songwriter, producer, and soon-to-be ordained Cantor, whose perspective on life, love, faith, and the world is reflected in his music as well as his personal endeavors. Born and raised in Dallas, Texas Josh studied music from an early age and is an accomplished pianist, guitarist, and singer, traversing a variety of musical genres with equal dexterity. His musical influences which include Stevie Wonder, Josh Groban, Elton John, Gavin DeGraw, Steely Dan, Norah Jones, as well as the Cantorial masters of Chazzanut, are apparent in his music. His attachment to his Jewish roots led him to enter the realm of contemporary Jewish music, although he’s equally comfortable in the pop world.

“Watching Josh blossom and grow as a spiritual leader has been one of the joys of my Rabbinate. In song, he’s found his own language for the Jewish commitment that has always been part of his and his family’s path,” says Rabbi David Stern, former president of the Central Conference of American Rabbis, and Senior Rabbi of Temple Emanu-El in Dallas, TX. “His music is a window into his soul, providing an opening invitation to ours. What a blessing to the Jewish community that his vision and gifts continue to gain even greater reach, finding even greater depth.”

Josh holds a Bachelor's degree in Popular Music from the University of Southern California's renowned Thornton School of Music. He has performed with Grammy-Award winning musicians Macy Gray, Lamont Dozier, and Melissa Manchester, and toured internationally with renowned Jewish musicians Craig Taubman, Rick Recht, and Mikey Pauker, as well as with his own band.

In Josh’s current album, Anchors and Balloons, he reflects on the balance between sacred and secular and sings in Hebrew as well as English. The album, co-produced by LA session Harmonica player and producer Ross Garren, features lush arrangements, soaring vocals, inspirational liturgy, and heartfelt personal narratives. His previous album, ONE (2016) was described by Cantor Richard Cohn as “an expertly produced album filled with creativity and spirit.” Josh has been a featured performer and presenter at URJ Biennial, Limmud UK in London; BBYO International Convention, and more. Josh’s compositions and arrangements have been performed at the White House during the Obama administration, in renowned concert venues including the Troubadour, Grammy Museum, Meyerson Symphony Center, UCLA Schoenberg Hall, and Winspear Opera House, as well as synagogues, summer camps, and youth conventions throughout the United States.

Josh’s music is regularly played on Jewish Rock Radio, has been published by Berman House Publications and Transcontinental Music Publications. He has been mentioned in the New York Times, and featured on NBC, in the Jewish Journal, ReformJudaism.org, the Texas Jewish Post, and OC Jewish Life. In 2017, Josh created his own record label and production company, Kosher Style Records, specializing in music for contemporary Jewish songwriters from around the country. In addition to touring and producing, Josh is studying to be a cantor at the Academy for Jewish Religion, California. He lives in Los Angeles with his wife, Andrea, and their pets, Frankie and Jazz.